FREE SHIPPING ON ALL US ORDERS $75+ 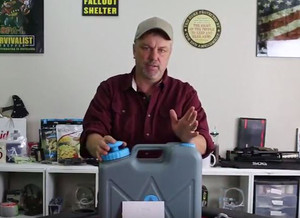 Take a second to see what these industry experts think of our Pressurized Jerry Can Water Filter System. Who is Survivalist Prepper? This husband and wife duo founded SurvivalistPrepper.net in 2013 as a way to educate everyone about some of the very real scenarios that are possible in the world we live in today and why be prepared is so important. Since founding the site they have also started the Survival Prepper Podcast and Survivalist Prepper Academy. They are well known in Prepper world and do extensive research on everything they do. ...READ MORE 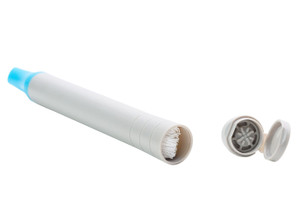 May 28, 2017 (Salt Lake City, UT) -- Water filter company HydroBlu has created another cutting edge water filter that will remove bacteria, heavy metals, chemicals, and other contaminants and only weighs 1 ounce. The Sidekick 3-Stage Straw Water Filter has a slim design that is small enough to be placed in a pocket and could be confused as a marker. With a removable cap and easy to open end, the filter medium will be protected while traveling, yet easy to access when it is needed. "We wanted to create a filter that had all the best technologies while being as light as can be," said B ...READ MORE 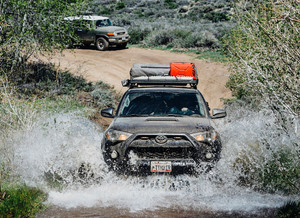 Let me first start this review with the basis of who I am and what I enjoy doing. My name is Travis Hess, Army vet and avid shooter that is relatively new to the overland scene but have always been into survival techniques and the outdoors. I am an Executive Protection Agent by trade and a Product Tester on the side. I currently work alongside many reputable companies like 3VGear, Front Runner Outfitters, Icon Vehicle Dynamics, Tred 4x4, Superesse Straps and Fubar Naturals. It is a passion of mine to do research on innovative products. Whether they be from big name companies or new ...READ MORE 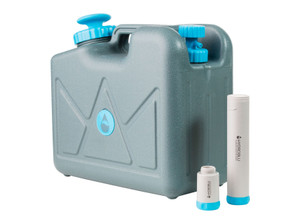 May 3, 2017 (Salt Lake City, UT) -- Water filters come in all kinds of shapes and sizes. HydroBlu just announced their newest water filter which boasts 99.999% removal of chemicals, bacteria, and even viruses.The Pressurized Jerry Can Water Filter is an innovative filter that uses an internal hand pump to easily filter large volumes of water. The pressure built up inside the Jerry Can helps facilitate the filtration process."We built the the Pressurized Jerry Can Water Filter to provide users with a large amount of water," says HydroBlu’s Brand Manager, Aaron Kirkham. "As an example, in the pa ...READ MORE 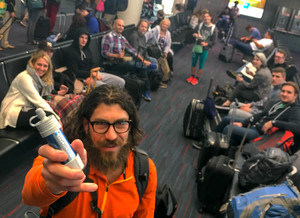 In 2010 an earthquake hit Haiti and the island nation is still recovering. To alleviate the burden the Dominican Republic as provided main of the needs of Haitian refugees however after several years resources have come to an end. This past April HydroBlu partnered with Brown Horse Projects to provide help to refugees living in the D.R. with the creation of a mobile medical clinic and water improvement projects in the homes of refugees. In the week our team spent in the village of Barahona and the Haitian Batey nearby, the 200+ HydroBlu Versa Flow filterswe brought to ...READ MORE 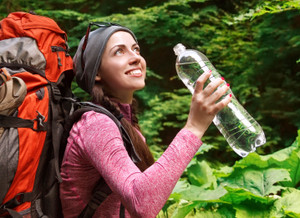 3 Easy Ways to Source Water in the Backcountry

When packing to embark on a wilderness journey, we all plan on being prepared. Backpacks, tents, stoves…even the proper "backpacking coffee-making apparatus" (good coffee belongs in the woods too). In fact, if you are like some of us self-proclaimed "gear junkies", you might spend a lot of time and effort researching the very best gear for your trekking needs. After all, the first rule of Leave No Trace (LNT) is: Plan Ahead and Prepare. So, what about water? Your beautifully planned hike in the woods may indeed come to a screeching halt if you haven't put thought into your water needs. ...READ MORE 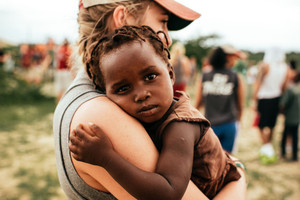 Giving Refuge to the Refugee in the Dominican Republic

Within the Dominican Republic there are rural villages that don't have safe water nor medical care. Now add thousands of Haitian refugees to those villages. The limited supplies cannot support the need! It is the desire to help their fellow man and Brown Horse Projects, a Christian based non-profit in Ohio, has team up with HydroBlu and other organizations to help those in such great need. Traveling from Ohio, North Carolina, Hawaii, Montreal and Washington, D.C. our team of 18 will meet in Santo Domingo, Dominican Republic in just a few days to make the 4-hour drive to the remote ...READ MORE 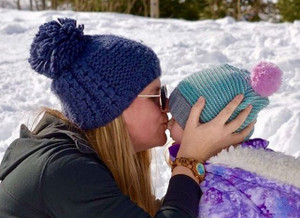 Are You Prepared for Adventure as a Mother: Must Read Interview with Amanda Edmonds

It's common knowledge that motherhood is hard but adventure mothers that want to raise children with a strong connection to nature is a dramatic struggle between preparation, gumption, and full on wrestling with children to put on their coats. Not to mention where to go hiking, is there safe water on the trial, and what insects, plants, or animals can harm your children. Being an Adventure Mother is easier said than done. Preparation for the those spontaneous adventures takes significant work or does it? The HydroBlu staff asked Amanda Edmonds, local Adventure Mama, for her thoughts on pr ...READ MORE 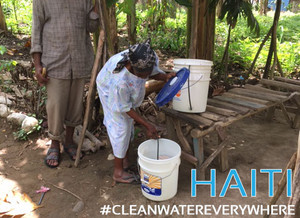 Helping 3.16 Million Haitians with Clean Water, One Person at a Time

Getting a drink of clean water is a simple task to the majority of first world countries. We can simply walk to a water faucet and instantly have clean drinkable water. However, the world water crisis is real and 1 in 10 people lack access to safe drinking water 1. That is 663 million people. According to the World Economic Forum, the water crisis is the #1 global risk based on the impact on society. Haiti is one of nation's most affected, especially since the earthquake hit Port-au-Prince in 2010. Haiti is a nation that speaks both French and Creole with a population of 10.4 million ...READ MORE